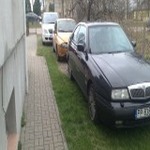 
For those worried about the future of brands including Dodge, Chrysler and Fiat when they become part of the world's fourth-largest automaker, Carlos Tavares, the man slated to be that entity's first CEO, might have given them the best news of all Wednesday.

Tavares, who leads Peugeot-maker PSA Groupe as board chair and CEO, is all about automotive brands. It's a theme he stressed during a call following the signing of a binding agreement on the merger of France's PSA Groupe and the Italian-American Fiat Chrysler Automobiles.

That should soothe a few concerns from those who wondered if the merger might lead to the death of some brands that haven't had the visibility, or profits, of say, Ram or Jeep.

The coming merger of PSA Groupe and FCA will create a global powerhouse, competing with the likes of Volkswagen, Nissan-Renault and Toyota, producing annual vehicle sales of 8.7 million, revenues of $189.54 billion (170 billion euro), $12.26 billion (11 billion euro) in recurring operating profit and an operating profit margin of more than 6.6% based on 2018 results, according to the companies.

It will not only send ripples across the world's automotive landscape, but it will also connect what had at one time been the weakest of the Detroit Three into a combination that eclipses General Motors and Ford.

The merger potentially opens new markets for Jeep SUVs and Ram trucks and will allow the automaker to save money on development of expensive electrification and self-driving technologies, but it also places the former Chrysler brands in an even larger organization.

FCA CEO Mike Manley, who is slated to have a "senior executive" position in the new company, touted the merger, which will create "the world’s third largest (automaker) by revenue and the fourth largest by volume" in an email to employees:

"By uniting our two groups, we will be poised to compete and win in an industry that is undergoing transformational change. The success of this merger will be underpinned by the history of our companies — a history where we have shown our leadership ability to deliver the successful integration of multiple cultures, passionate care for our iconic brands and a smart, tough, creative determination to succeed."

The agreement Wednesday to move forward with a 50/50 merger is a key next step in a proposal first announced in October, which is expected to take 12-15 months to complete. The result will be a cornucopia of auto brands — FCA's Jeep, Ram, Chrysler, Dodge, Fiat, Alfa Romeo, Maserati and Lancia with PSA's Peugeot, Citroen, DS Automobiles, Opel and Vauxhall.

Carla Bailo, president and CEO of the Center for Automotive Research in Ann Arbor, sees the combination as positive, in part because, outside of Europe, the company footprints don't overlap significantly.

“As Sergio said for a long time, they needed a partner," Bailo said, referencing Marchionne's preaching of the value of industry consolidation. "This partner is probably one of the better ones they could have chosen."

She noted that Tavares did "amazing" work turning around Opel after PSA bought the money-losing brand from GM, while allowing it to remain truly Opel.

"He does value keeping the brand identity strong and not merging into a more vanilla flavor," said Bailo, who knows both Tavares and FCA's Manley. She called them pragmatic, rational businessmen who love cars. Those characteristics, she said, bode well for the future of the former Chrysler brands and even FCA's U.S. headquarters, a massive complex in Auburn Hills bustling with 15,000 employees and topped by a Pentastar window visible from I-75.

The two companies have highlighted a pledge to extract $4.1 billion (3.7 billion euro) in annual savings without closing plants. That suggested cuts elsewhere — on Wednesday the companies pointed to savings in vehicle platforms, purchasing scale, marketing, logistics and information technology — but Bailo said the FCA headquarters is a "great building (in a) great location."

She said it would not make sense to move that in any way, although she does envision employees being moved "back and forth" and a "synergy team" to review operations.

Michelle Krebs, executive analyst for Autotrader, said FCA's U.S. operations, which include a massive expansion on Detroit's east side to build SUVs, should be fine.

"I don’t expect any impact on local operations right away, particularly since PSA isn’t in the U.S. now. I expect the focus to be on Europe initially," Krebs said.

Tavares also addressed the future of the two companies' operations centers, which are in France, Italy and the United States.

PSA Groupe has been keen to re-enter the U.S. market — Peugeot was last sold in the United States in 1991 — so the merger could offer opportunities even outside of an office announced for Atlanta in 2018. Bailo said it's unclear whether something could change for that office, but since it's currently geared toward mobility services, it might remain separate from the office in Auburn Hills.

Industry expert and "Autoline" host John McElroy echoed the sentiment that the Chrysler legacy, with Jeep and Ram included, will have a future.

"Chrysler is the golden goose within FCA. It makes 100% of the profits. It will also be the most profitable part of PSA-FCA, and PSA will not want to screw that up. The merger could actually help the Chrysler brand, which is down to only two vehicles, the 300 (sedan) and Pacifica (minivan)," McElroy said.

FCA recently announced a new version of the minivan called the Voyager.

McElroy also offered a possible solution for getting Peugeot back to America:

"I imagine Peugeot would like to export some of its vehicles to the U.S. and brand them as Chryslers. While Carlos Tavares wanted to relaunch the Peugeot brand in the U.S., why do it now when he would compete against a part of his own company? And why spend hundreds of millions in advertising to try and establish a brand name that Americans can’t pronounce? Rebranding Peugeots as Chryslers could help them both."

Despite the general enthusiasm for the merger from many experts, some, such as Harley Shaiken, a professor at the University of California, Berkeley, who specializes in labor issues, have suggested optimism should be tempered for now even with the added resources and scale PSA and FCA would bring together.

"There is clearly important positive promise here in terms of scale and what PSA was able to do with Opel and Vauxhall in Europe, but there are also some real unpredictable concerns here," Shaiken said previously, highlighting the uncertainty of a merger seeking synergies, which is frequently a code word for cuts.

A combination of different corporate cultures also poses significant challenges for even the most well-meaning of efforts, experts have said.